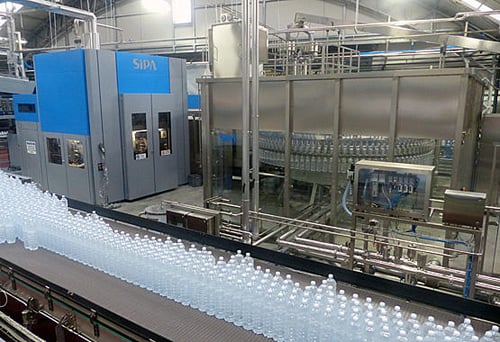 The new line was to cope with the growing demand for its popular carbonated soft drinks, which include Pepsi, Mountain Dew, 7UP, Mirinda and Revive Isotonic.

Permanis CEO Erwin Selvarajah said the new SIPA line would help Permanis build up an additional annual turnover of RM150mil for the next few years and allow the company to capture a bigger share of the soft drink market.

Sincro Bloc has been developed and produced with the highest technological standards, reflecting an intrinsic “green”-oriented concept geared towards helping the user mini-mize their carbon footprint.

That is why SIPA recently installed a Sincro Bloc at the Permanis plant in Bangi, in the Malaysian state of Selangor, together with a mass blender for preparing concentrates for various PepsiCo brand drinks.

This has significant energy saving features that include: a new oven design that runs at lower temperatures and uses around 15% less heating energy; quick process set-up; and very effective preform neck and bottle base cooling.

In addition to this, the patented ARS Plus, for the recovery of blowing compressed air, allows for a total saving of air up to 50% compared to traditional blowing stations.

This also makes it possible to reduce the size of the compressor. 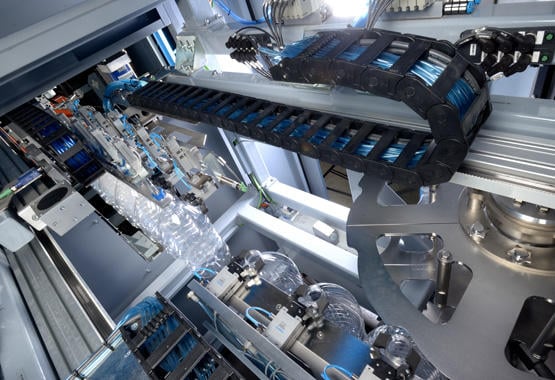 With filling taking place directly after blowing, there is no need for air conveyors, providing savings in energy consumption of around 50 kW/h.

Another main advantage of the Sincro Bloc is its ability to produce lighter containers than a traditional line, thanks to the reduced mechanical stress put on the empty containers during their transport from blower to filler.

SIPA’s Isotronic electronic filler makes it possible to fill Carbonated Soft Drinks (CSDs, such as Pepsi Cola or Mountain Dew) at 18°C rather than the tradition temperature of 12°C, providing a major impact on energy reduction (for one thing, cooling of the product is not needed) of approx. 60 kW/h.

All told, you could say that thanks to the partnership between Permanis and SIPA, the world is a little greener than it was!

Permanis has over 45 years’ history

Permanis Sdn Bhd was founded in 1973 and is primarily involved in the manufacturing, distribution and marketing of beverages under a franchise agreement with PepsiCo for Malaysia.

The company also makes its own range of beverages, which it markets under various trademarks such as Chill, Excel, Frost and Bleu. It is part of Asahi Group Holdings Lid, Japan.

Permanis is one of Malaysia’s leading beverage manufacturers and has a comprehensive network to distribute products throughout Malaysia.

It is present in most segments in the beverage industry, including CSDs, Isotonic drinks, ready-to-drink coffee and tea, juices, energy drinks, and mineral water. The company says it also plans to penetrate new and growing segments in the future.

It is certified to the ISO 9001:2008 Quality Management System standard.