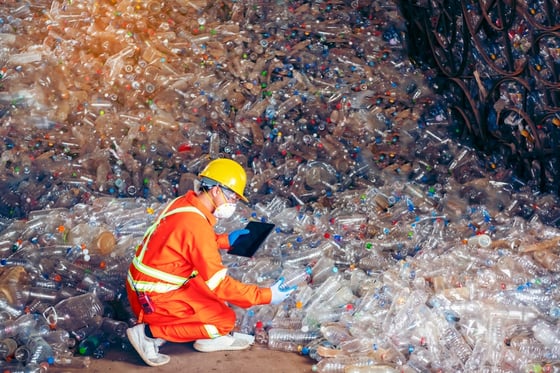 There are not only laws, rules and regulations, such as Directive EU SUP, influencing markets on plastic reduction, but also a growing attention to keep more clean seas and beaches of the globe.

As a result of these trends, the storage and disposal of plastic waste, risks to become a big issue for individual countries, since shall also take account of decisions taken by Asian Governments in relation to environmental policies.

From 1 January 2018, China stopped to import waste from other countries. The reasons are deeply rooted: since the 1980s, China had become a major importer of waste to be recycled into new raw material.

Western countries and Japan, on average, delivered a tremendous amount of differentiated waste in Asia, like plastic or paper.

From 1992 to today, China has imported more than 116 million tonnes of bottles, food containers and plastic bags, received largely from countries like US, Japan and Germany.

Almost half of world imports of plastic waste.

China and Hong Kong imported more than 72% of all plastic waste. In recent years, however, Beijing started to address the problem of pollution.

Hence the adoption of the "National Sword" policy and the decision of prohibiting import of 24 types of materials to be recycled: recyclable plastic, textile residues, lower quality waste paper and other materials.

This is a real block against foreign rubbish, a market estimated in 2016 in 17 billion dollars.

A decision gained also due to be fact the fact that many waste were not recycled, due to inefficiencies in the system or because strongly contaminated by other materials, thus ending up in the environment, already heavily polluted.

The countries most affected by the stop of waste exports

High income countries in Europe, Asia and the Americas, put together over 85% of all world exports of plastic waste. Collectively, the European Union is the largest exporter.

To risk more from Chinese block, however, could be the United States. In 2016 the US has exported to China 13.2 million tonnes of waste paper and 1.42 million tonnes plastic waste to recycle.

This stop shall definitely have effect especially in relation to packaging.

There are many US cities whose recycling programmes could jump and, in fact, while the Federal Government takes time, legislative organs of different States, as California, are taking the first steps to reduce plastic and paper delivery.

The same Italy will face this problem, since first exported about 12% of its plastics in China, as well as a large amount of waste paper.

The Chinese measure is creating a global impact and shall affect efforts to reduce the amount of plastic waste that daily enters landfills, as already decided by the EU Directive.

A group of researchers from the University of Georgia has calculated the effects in a study published in Science Advances: due to the Chinese ban an accommodation for 122 million tonnes of plastics will have to be found by 2030 and the countries that had so far used China as a recipient of their waste are obliged to find new solutions.

In addition, since 1993, global annual imports and exports of plastic waste skyrocketed, with a growth of approximately 800% in 2016, while only 9% of all plastics produced has been recycled.

Most ended up in landfills or in the natural environment, particularly in the seas.

From here, according to researchers, the need to develop more robust nationwide recycling programmes and rethink the use and design of plastic products.

Best practises from the corporate world: the Procter & Gamble case

There are many companies in the world that have launched plastic reduction programmes, particularly with regard to PET lightweighting: partly due to a reduction in production costs, partly due to an environmental issue. 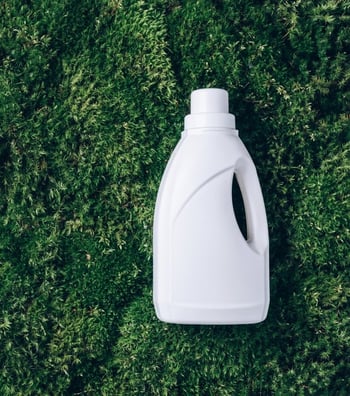 One of those is Procter & Gamble.

The home-care multinational has announced, at the Sustainable Brands Conference in Paris that Dash, Lenor and other P&G Fabric Care brands throughout Europe aim to reduce the use of plastic in their packaging of 30% by 2025.

This is a milestone in achieving the Dash “2030 Brand Ambition” goal: Reinventing a better cleaning, saving 50% of resources by 2030, including the amount of Virgin plastic material used.

The same brands of the American multinational company are aiming to reduce the use of plastic by over 15,000 tonnes a year by 2025, compared to 2018.

Although the P&G Fabric Care plastic packaging represent only a relatively small percentage of the total plastic waste, the amount of plastic saved each year will still be significant.

It would be enough to create a row of detergent bottles along the entire circumference of the Earth.

By 2022, P&G Fabric Care aims to make packaging 100% recyclable of all its products, starting from Europe.

Dash and Lenor are working to increase the demand for recycling, further increasing the use of post-consumer recycled material (PCR) in their packaging, which already contain up to 50% of the PCR. To make further progress towards the circularity, the industry should collaborate and promote an easy and effective recycling.

To contribute to these objectives, P&G researchers are cooperating with the industry in order to improve sorting processes and develop innovative solutions.

PetCore Europe's ODR Working Group had achieves a 3-year temporary endorsement for perforated sleeves on Household and Personal Care (HPC) PET bottles by the European PET Bottle Platform for improved recyclability. One potential breakthrough technology that could add efficiency and precision to the sorting process is watermarking.

These efforts were recognized, as in the case of the “EU Plastics Recycling Ambassador of the Year Award” given to Gian De Belder, P&G Principal Scientist, for his outstanding contribution to the industry.