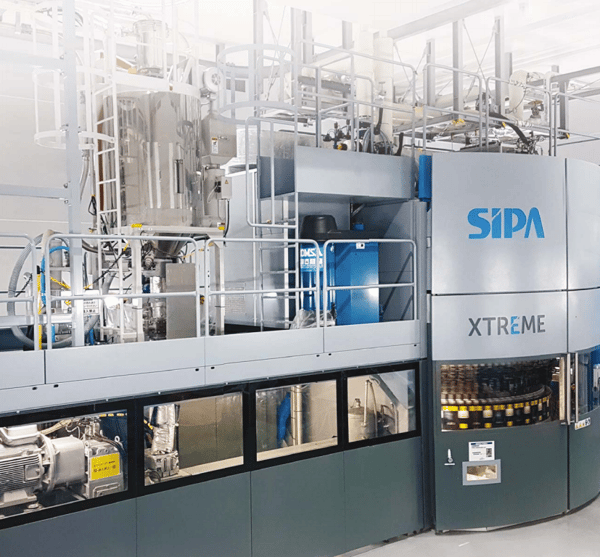 The first SIPA Xtreme Renew plant is in Japan

The first industrial plant of the Xtreme Renew system developed by Sipa, a company of Zoppas Industries Group, in partnership with Erema, is in Japan and allows the commercial production of the first preforms in the world in 100% recycled PET starting from post-consumer flakes using a single heating cycle.

The system has been inaugurated in Kasama, at the premises of Kyoei Industry, the primary Japanese operator involved in the recycling of plastics materials.

The preforms obtained by recycled plastic will be used by Suntory, a leader in the production and distribution of beverages that include Schweppes and Orangina for European markets and PepsiCo for America.

The development of rotary injection-compression technology

Suntory had already tested the revolutionary injection-compression technology to produce preforms by SIPA.

More precisely, on February 23rd of the previous year was officially put into operation the first Xtreme system for production of injection-compression molded PET preforms at the Suntory plant in Haruna, not far from Tokyo.

SIPA and Suntory have been cooperating of the development of Xtreme since 2014. 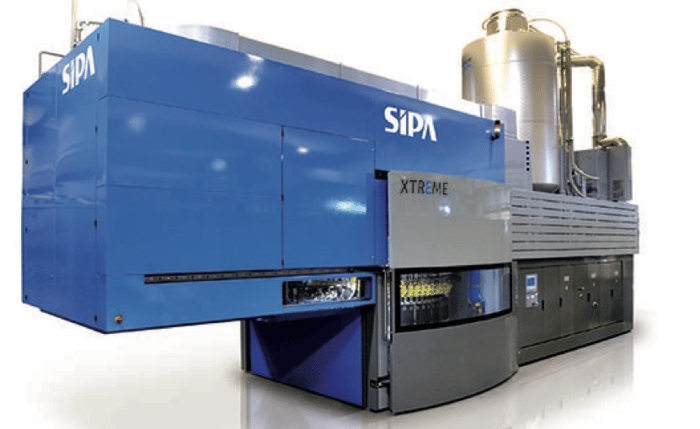 The pressure involved in the Xtreme preform molding process is much lower than that used in conventional injection molding. The injection-compression low-pressure permits the production of preforms with walls that are thinner than ever before.

Weight can be taken out of both the body and the base of the preform with weight savings of up to 10%, but without losing any key properties.

The XTREME system is also very clean, owing to the fact that there are no hydraulic movements: everything is driven by air and electricity. Another key feature of the system  is the possibility to inspect the quality of each preform, in-line, as soon as it is produced, thus controlling 100% preforms quality.

Xtreme is available in two versions, with 72 and 96 cavities, with production output of 57,600 and 70,000 preforms per hour respectively.

“SIPA could bring its highly innovative XTREME project to fruition also thanks to Suntory's contribution”.

The main features of Kasama plant

The system installed at Kyoei Industry is able to produce over 300 million preforms annually, starting from conventional washed bottle flakes to food-grade melt, which then is directly fed to a SIPA XTREME injection-compression preform molding plant (unlike other molding systems on the market that have to start from pelletized material called rPET).

XTREME RENEW, was awarded the prestigious World Star Packaging Award, which each year selects the best packaging solutions and rewards them for their design or applied technological innovation.

The technology, all Italian, is the only one in the world capable of producing bottles made entirely from recycled food-grade plastic, starting directly from waste. 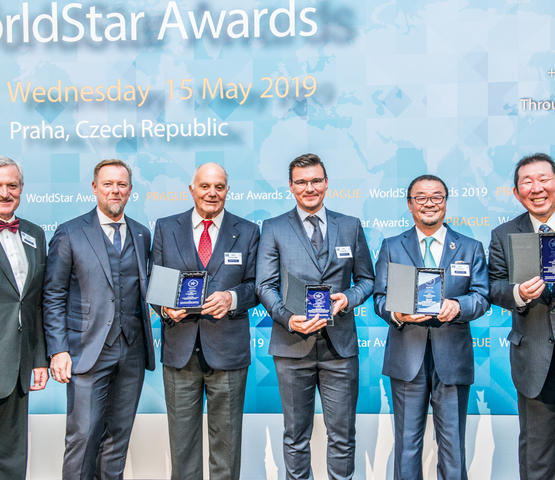 XTREME RENEW decontaminates the flakes, making them suitable for use in food contact applications, increases their viscosity – essential for giving the final containers the required performance – and then melts and filters the material, which then passes directly to the rotary injection-compression system for food-grade PET preforms what will be blown into bottles, approved for food contact.

Containers produced from the preforms boast a high level of aesthetics, thanks to the elimination of an entire melting process that could otherwise cause yellowing in the resin.

Emissions of CO2 during production of PET bottles from recycled material using traditional RPET processes are already 60% lower than when using virgin PET.

With the new highly innovative process, emissions are cut by an additional 25%, and 30% less electricity is consumed, thanks to the integration of the various phases into a single plant and to the production of preforms with a single heating cycle.

Based in Italy, the company can count on 17 sales branches, four production plants (two sites in Italy, one in Romania and one in China) and 30 after-sales service centers for the supply of technical support and spare parts.