The leading players who use PET containers anticipated SUP Directive 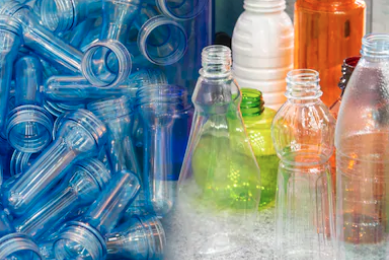 Directive on Single-Use Plastics (SUP) has entered into force; a measure intended to revolutionise plastic market with a significant bearing, in particular on PET containers.

The main purpose of that act is to prevent and to reduce the impact of certain plastic products on the environment, especially the marine environment, and human health, and to support the transition to a circular economy with new business models and innovative, sustainable products and materials.

PET bottles and containers, considering the amount of these products that enters into the oceans every year, are undergoing a revolution in terms of production.

Particularly, two are the significant dates:

No less important is the issue relating to caps and lids of bottles and containers; at the latest five years after the entry into force of the Directive, these parts should become inseparable from its container, in such a way as to prevent dispersal in the environment.

The European legislator has then foreseen, for PET producers, environmental information and awareness activities, intended for consumers in their use of products.

As preparing this legislative proposal, PET and other plastic materials packaging companies were consulted, plus additional stakeholders, and comprehensive impact assessments were carried out.

In the public consultation, held between December 2017 and February 2018, 95% of participants considered necessary and urgent to tackle single-use plastics issue, and 79% to intervene at EU level for effective measures.

Even the 70% of producers and 80% of brands required necessary and urgent intervention. 72% of participants said they reduced use of plastic carrier bags, of which 38% did so last year.

The European Union, with the introduction of the Single-Use Plastics Directive (SUP) has demonstrated to be among those most active in limiting plastic use.

According to global companies, it is interesting to see how even individual States, particularly in the Americas, and other international bodies are moving.

New provisions on packaging in the US innovating impact assessment 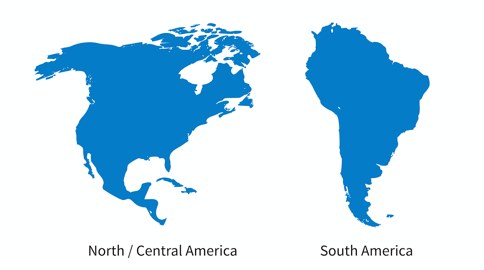 Although the United States does not have a comprehensive federal legislation regulating the packaging industry, the Federal Government has asserted its authority to regulate packaging relating to food, drugs and cosmetics in order to preserve consumers safety.

Currently, there are a number of regulatory programs, introduced by individual States, to reduce the use and disposal of certain packaging materials, in particular plastic, and imposing minimum recycling requirements.

Some of the regulations - emitted at both federal level and individual States — which have had an impact on different packaging industry, are summarised below.

FDA, the Federal Food, Drug and Cosmetic Act, is liable for ensuring no packing materials contaminate the food and determining whether new materials in contact with food or new uses for recycled materials are safe.

That's why authorisations for food packaging shall bear an environmental assessment (EA), followed by a search for any significant impact (FONSI) and authorized by the FDA.

FDA will review the environmental impact resulting from packaging material use and disposal. In particular, are required to apply for specific data on the recycling material impact.

Plastic reduction and PET bottle recycling in the US: the California case

Undoubtedly California, among American states, it is the one moving more decisively towards plastic reduction. 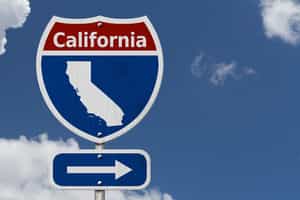 The Sacramento lawmaker recently introduced legislation to phase out disposable plastic food containers and other packaging that cannot be recyclable or compostable.

Supporters of the draft law have stated that this initiative will contribute concretely to stop pollution of the beaches and oceans due to the proliferation of plastics, particularly felt in California.

In 2018, California was noted as the first State to have restricted the use of plastic straws in the restaurants.

The new rules are aimed at companies manufacturing or selling plastic materials: polyethylene terephthalate (PET) and high density polyethylene (HDPE). PET is commonly used for plastic bottles that contain water or soda, while HDPE is used in milk jugs, shampoo bottles, bottles for household cleaning and in some garbage bags.

We should not forget the polystyrene foam used for take away meals.

The measure is aimed at phasing out disposable plastics by 2030.

It is also expected that these rules will lead other States to adopt similar measures, as it was in 2014, with the ban on disposable plastic bags set by California and spread to four other States in the immediate aftermath.

Following the European countries, even the Japanese Government issued a set of guidelines to discourage the use of disposable plastic objects including plastic straws, cutlery and bottles. 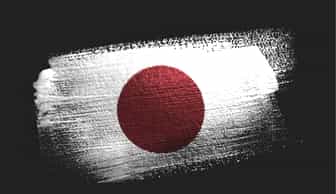 The goal is to banish the plastic from public offices and coffee shops in the country. In stores, however, customers can choose to use bags made from natural materials, encouraged by financial incentives.

Ahead of the G20 summit in Osaka, that will take place in June 2020, Japan therefore encourages the efforts against environmental pollution. This measure aims to reduce 25% of plastic into circulation by 2030.

As is often the case, the most virtuous companies operating on the market move anticipating the legislator.

One of these cases relates to the Coca-Cola Company, primarily involved in improving packaging sustainability. 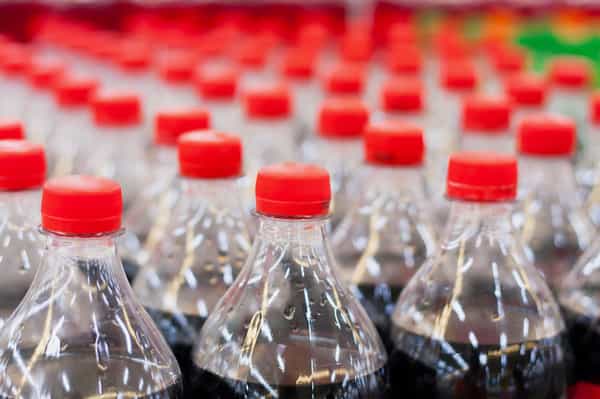 Sales goals of sustainable packaging and recycling targets from Coca Cola Company shall take into account the actual consumer habits: while it is true that eliminating packaging is an utopia, it is also true that its impact can be greatly reduced by the use of recyclable raw material through its recovery after use.

Firstly Coca-Cola, together with its partners, is committed to producing by 2025 100% recyclable packs, reducing the percentage of plastic, using recycled materials or developing plant-based resins.

By 2030, shall also produces bottles made up of 50% recycled material.

Second, all communities in which Coca-Cola Company operates shall be affected: by 2030, for every bottle or can sold, regardless who will produce it, the company strives to facilitate the collection and recycling by investing resources to help consumers understanding what, how and where to recycle, working alongside Community premises, industrial partners, clients and consumers to help addressing problems such as sea waste.

The Coca-Cola over the last 5 years has also lightweighted 0,5 litre PET bottles of 19%, with a commitment to lightweighting in all shapes offered.

For the Coca-Cola Company this is the next step to sustainability commitments already made, such as to be the first company among the Fortune 500 to reinstate the 100% of the water we use globally.

It is also useful to remember that since 1995, the Coca-Cola Company is one of the biggest supporters of Ocean Conservancy's International Coastal Cleanup, the largest voluntary association to address specifically the marine environment.

As part of this partnership, Coca-Cola has made its contribution to the mobilization of 11 million people for the cleaning of 206 million pounds of trash from 600,000 kilometres of coastline. 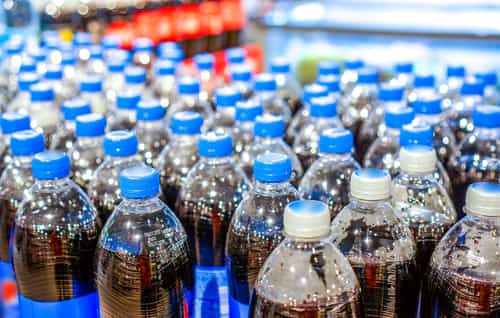 On the other hand Pepsi Cola, Coca Cola Company's main competitor, has announced its goal of reaching the use of 50% recycled plastic in its bottles (rPET) by 2030 throughout the European Union, with an intermediate step of 45% by 2025.

In doing so, the company will increase by more than three times the amount of recycled plastic used, which means more than 50,000 tonnes of rPET.

This announcement comes in support of voluntary commitments campaign launched by the European Commission promoting plastic reuse, to ensure that by 2025 in the EU market at least 10 million tonnes of recycled plastic to make new products shall be used.

This commitment will cover all countries that should be members of the European Union by 2025, involving all PET beverage brands of the Group (the most widely used material in the making of bottles), including Pepsi, Pepsi MAX, 7Up, Tropicana and Naked.

This target will apply to Beverage processes by Pepsi Cola, including company-owned and franchised ones.

The announcement arises from a broader global vision of "Performance with Purpose" by Pepsi Cola, which includes the goal of designing 100% of its packaging so as to be recyclable, compostable or biodegradable, reducing carbon impact within the 2025. The company estimates that currently 90% of its worldwide beverage packaging is completely recyclable.

Pepsi Cola is already a crucial user of recycled plastics for food packaging (rPET), having resorted to about 13% of rPET for its activities in the beverage industry in Europe in 2017.


Nestlé, for example, presented its strategy to conquer a future free from pollution, announcing a series of specific actions in line with the commitments already assumed in April 2018, aiming to make its packaging 100% recyclable or reusable by 2025.

For the Swiss-based multinational, facing a complex matter as the such as plastics pollution, requires a holistic and well orchestrated effort.

To achieve this goal, Nestlé has announced several concrete steps to pave the way for alternative materials, contributing to a future free from waste by stimulating a change of pace and behavior.

Globally, between 2020 and 2025 Nestlé will remove all plastics used for product packaging, which can no longer be recycled or are difficult to treat.

In doing so, Nestle is introducing alternative packaging materials in its global portfolio of products, and is tightening its partnership with real pioneers on innovative and cutting edge packaging systems: from February 2019, the company shall begin to remove all plastic straws from its products, using alternative materials and innovative designs to reduce waste.

For Nestlé water bottles, the use of recycled PET will reach 35% by 2025 worldwide and 50% in the United States, with a specific focus on the iconic brand Poland Spring.

More, by the end of 2025, Nestlé Waters shall increase up to 50% recycled PET percentages of European brands Acqua Panna, Levissima, Buxton and Henniez.

Every year, 1.8 billion water bottles produced at Evian-les-Bains (Haute-Savoie, France) are distributed on the global market.

Evian branded bottles currently contain only 25% of recycled PET. To be fully ecological, the flagship brand of Danone Group decided to shift gears by announcing that all its plastic bottles will be generated with 100% recycled content by 2025.

The company has tested new caps made for half in recycled polypropylene, for diverse products, a total of 200,000 bottles.

Following these extensive tests, the company has determined that a 50% recycled polypropylene cap meets all its standards.

Definitely a positive result, although Ecover has already announced that it will switch to caps made from 100% recycled plastic as soon as technology will make it possible.