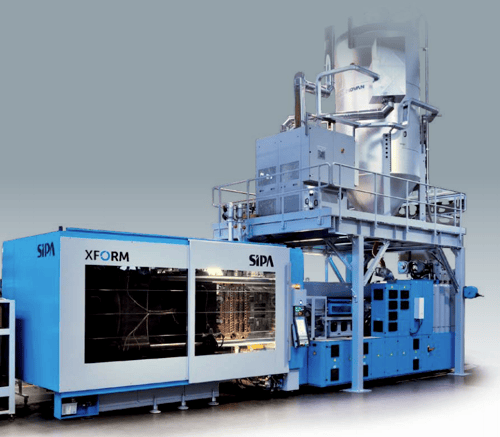 Leading rigid packaging company in the Andean Region, San Miguel Industrias PET (SMI), has made a major investment in XFORM preform production technology from SIPA to boost output at plants in its home country of Peru and in Ecuador.

SMI is a long-standing SIPA partner: it has been using a large number of the company’s equipment and preform tooling for many years. In 2013, SIPA installed two of its high-output XFORM 500 systems for production of preforms for carbonated soft drinks at SMI’s plant in Lima, Peru.

The successful introduction of these systems led SMI to order a third XFORM 500, which SIPA installed at the company’s subsidiary in Guayaquil, Ecuador.

San Miguel Industrias and SIPA partnership is based on efficiency

“When we decided to expand our capability in preforms in Peru, we knew that we could rely on SIPA as an expert in PET technology.

We chose the XFORM 500 for its high level of performance and its competitive overall total cost of ownership. Our initial experience was very positive, which is why we had no hesitation in ordering a third system for our Ecuador operation.” 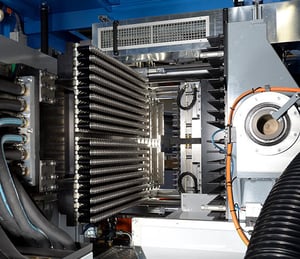 The first two units run with molds with 96 and 128 cavities, while the third is equipped with one of SIPA’s new GEN3 of molds with 144 cavities.

XFORM 500 systems like the one now running in Ecuador are equipped with second-generation high-speed cooling robots that help ensure that equipment operates with short cycle times while still producing preforms with high dimensional consistency.

The new robots also accept legacy end-of-arm tooling (EOAT), increasing even further the flexibility of the machine and eliminating additional costs for the user.

SIPA’s own EOAT is especially low on maintenance, thanks in part to the introduction of a new high-speed system for ensuring there are no blockages in the cooling tubes that eliminates the need for photocells.

Further features on the 144c tooling include new lateral guides to assure perfect alignment of the tooling moving half, as well as a new hot runner system design that keeps imbalance levels below 20%.

XFROM GEN3’s total cost of ownership (TCO) is the lowest of any machine in its class. Initial investment costs are especially low for processors with an existing park of preform molds. Low maintenance, high efficiency and lowest water consumption in the industry minimize running costs.

GEN3 third-generation cold halves are guaranteed to run for eight million cycles before maintenance is needed.

XFORM GEN3 comes equipped with the most advanced mold protection system. The two platens are designed for extremely low deformation. Minimal mold wear is assured, thanks to even clamp force distribution.

The special post-mold cooling design allows for a very wide access area during mold changeover leading to a significant reduction of downtime and increase operator safety.

The system uses the classical configuration of a continuously-running extruder feeding a shooting pot. The extruder uses electrical motor drives and up to 50% PET recycled flakes can be used, without any modifications to the standard plastification group.

On top of the preform injection systems, San Miguel Industrias PET also operates with numerous SIPA blow molds, running on machines from SIPA as well as other machines, for containers up to seven liters in size.

And it has no fewer than 12 SIPA blow molding machines.