Tethered caps: the CETIE in the definition of the GME 30.40 standard 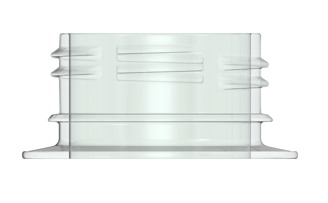 With the SUP Single Use Plastic directive, the European Commission has made a precise choice: to address the problem of plastic-related pollution, aiming not to eliminate an extremely useful material to collective needs, but on the contrary to rationalize its use, in order to reduce the effects on the environment and in the seas.

The SUP Directive and the novelty of the Tethered Caps

CETIE is an international association aimed at preparing technical documentation related to packaging (glass and PET containers) dedicated to the bottling of the beverage, cosmetic and pharmaceutical sectors.

CETIE is therefore committed to promoting best practices in this area, based on expert comparison, in order to arrive at the publication of consensual reference documents.

The association addressed, from the outset, the issues raised by the SUP Directive involving all the actors in the PET sector. During June 2019, after careful preparatory work, the European Commission published Directive 2019/904.

Among the innovations introduced, one of the most important was a substantial revolution with regard to caps.

PACKAGING AND PRODUCTION:
obligations to comply with the SUP Directive.

By 2024, PET bottles (up to 3 liters) will have to provide caps that remain attached to the neck of bottles (Tethered caps). In this way, the dispersion of plastic material in the environment is to be limited to a maximum.

This is not a marginal change, given that 2024 is very close if we consider the large activity of transformation of machines and production lines of bottling plants to cope with the new PET bottles to launch on the market within 3 years.

The role of CEN and CETIE

The European Commission has entrusted CEN - the European Committee for Standardization - with the task of creating a harmonized standard to “numerically” express the provisions of the Directive.

The resulting standard will, in fact, have the force of law, and compliant products will automatically be considered in line with the European Directive.

CEN then promoted the WG 25 working group [inside the Technical Comitee TC261 related to Packaging] under the chairmanship of Nicholas Harris of CETIE, which was responsible for drawing up the production standard, on the basis of proposals developed by CETIE itself.

A dedicated WG on SUP was set up and regular meetings with interested European actors took place, including suppliers for resins and molds, international beverage brands as well as producers of PET preforms, caps and bottling/packaging lines. In total more than fifty producers. 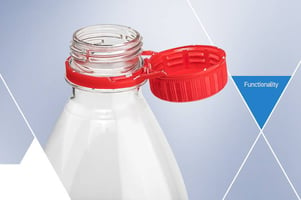 The definition of a standard

The latter have proposed various solutions of cap linked to the bottle up to the definition of a standard perfectly compliant with the needs of the legislation. 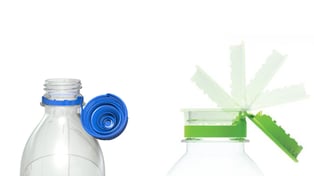 As soon as this new version was published, work began within the "PET Plenary" working group to develop an equivalent finish suitable for tethered cap. This new solution, called the GME 30.40, is the first international standard specifically intended for caps linked to the bottles.

The technical characteristics of the new GME 30.40 standard

This new finish has an external thread diameter of 26.44mm and an internal diameter of 21.74 mm, a single thread of almost 2 complete turns and a pitch of 2.3 mm, with a height around 15mm to integrate the several tethering mechanisms developed by different cap suppliers.

The proactive approach of industrial stakeholders to the standardization of processes is certainly an aspect to be praised as well as fully meeting the requirements indicated by the European Commission.