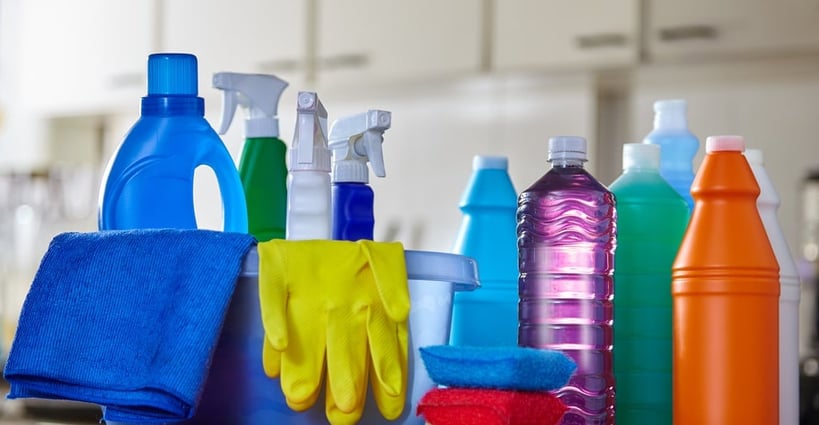 Plastic is progressively replacing other packaging materials for detergent products.

Let’s start first with a broad analysis of the current market and the estimates of the market trend for the coming years.

The world consumption of plastics for the packaging of products in the household detergent sector should increase with an average growth rate of 4.7% per year, substantially in line with that recorded in the last decade.

How the segment of plastic packaged detergent products will grow

The greatest growth will be the prerogative of the so-called. "Emerging" countries, in particular in the Asian continent.

These are some data on the average consumption per capita in the various macro-areas in the world with regard to detergents:

The United States is one of the countries with the greatest penetration of liquid detergents packaged in plastic containers.

How products change: from powdered to liquid detergents

The consolidated trend of the market is that of a progressive replacement of powder detergents (with an alternative represented by tablets or pearls) with liquid detergents, which for obvious reasons are offered to the consumer in plastic packaging.

Analyzing the individual countries it is possible to see that in the United States liquid detergents have reached a share equal to 80% of total consumption.

A trend also confirmed in Europe and in almost all the markets of emerging countries, where liquid detergent is increasingly surpassing traditional washing powders.

In terms of quality and effectiveness, liquid detergents have a lower cleaning force than powdered detergents, since they do not contain bleach or other solvents, but they have other advantages for consumers.

First of all they are less aggressive on the garments and have a softer impact on the internal mechanisms of washing machines.

Furthermore, thanks to their solubility in water, they are suitable for washing delicate or colored clothing, as they do not contain bleaches, and can be used even at low temperatures.

The advantages also relate to the well-being of consumers since they produce fewer irritating effects on contact with the hands or epidermis.

Then there is also an evolution in terms of environmental sustainability: the progressive introduction of more concentrated liquid detergents (also in gel) for home laundry allows to have the same effectiveness with less product: a way to save both in the quantity of product and obtain a reduction in packaging.

Plastics are the most used for detergent packaging

Plastic, in practice, is replacing on a large scale the traditional material represented by cardboard, which continues to be used for the primary packaging of powder or solid products (crystals, balls) as well as for the secondary packaging.

Alongside the plastic bottles for liquid detergents, the flexible plastic "stand up pouch" containers, consisting of multiple layers of paired barrier films, are also becoming increasingly popular. Consumers appreciate them because they take up less space in the house as the amount of product is reduced.

Then there is a further aspect, again in the field of sustainability: the circular economy concept.

To meet ethical needs and regulatory measures, manufacturers are increasingly using recycled plastic to create new packaging, with an eye to advances in rPET.