Having ascertained how important Tritan is today, estimates indicate a very high increase in this material in future years.

Pushing its spread, on the side of the consumers, is undoubtedly the re-use aspect and therefore the sustainability of a container suitable both for very hot and cold products, that can be washed numerous times even at 90 degrees in a dishwasher.

However the advantages also impact manufacturers, as they are able to sell their packaging at a higher price, in view of these advantages.

In order to be sought-after and appreciated, a good Tritan container must have characteristics similar to those of glass, as well as extending the idea of its quality. 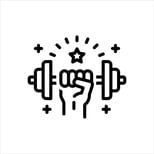 A first requirement relates to strength.

Unlike PET bottles, Tritan can be heavier, as it must last for a long time, during which it will undergo numerous washing and sanitisation cycles (think of flasks for sport and free time use, or baby feeding bottles).

Another requirement is that of aesthetics.

Because we are talking about premium packaging, destined for a much higher target than disposable packaging, it is assumed that it will be free from imperfections.

Companies involved in producing Tritan packaging must therefore take into account the fact that the containers produced must not be scratched.

This means it is necessary to pay particular attention during every phase of the process, starting from production of the preforms.

The basic process for production of Tritan 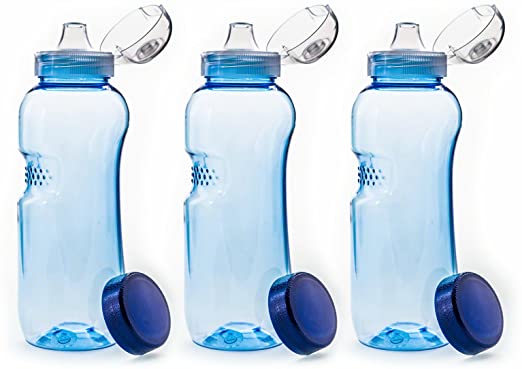 The Tritan is first dried, before passing on to the processing machine. In the extruder, the granules are heated and plasticized.  The molten material is then injected into the injection mould to create the preform.

Subsequently, in a second step, the Tritan preforms are inserted into a stretch-blowing machine where the blowing mould allows passage from the initial preform to the final shape. It is in this phase that all the types of shape and engraving are created.

A removal unit places the Tritan container on a conveyor belt, where it is checked to ensure it meets the customer’s personalisation requirements.
Finally, the end products are packed in boxes or on pallets.

As mentioned in the preceding paragraphs, one of the essential requirements for Tritan containers is perfection, that is to say the absence of scratches or other defects.


For Tritan packaging, as for traditional PET, in order to produce aesthetically perfect containers, the ideal is a single stage process, i.e. to make use of a line designed to carry out the entire ISBM (Injection Stretch Blow Moulding) process in a single cycle, maximising, among other things, the cleaning aspect, as well as production quality.

Naturally the same packaging can be produced using two-stage solutions, in which the preform is produced in advance on an injection press and then stretch-blown in rotary or linear blowing machines. In this case the aspects of production speed and flexibility are maximised.

The single stage process therefore uses a single machine to carry out all the operations, whereas in the two-stage process two machines work separately to the detriment of aesthetics, given that preforms and blown product are subject to various delicate passages.

In order to safeguard the process and maintain the preforms unchanged, other advanced solutions are available on the market, capable of integrating two two-stage machines.
For example, a traditional injection press for production of the preforms is connected to a blow moulding machine.

The process is optimised by a robotic handling system that transports the preforms from one machine to the other, without resorting to a storage phase that would run the risk of altering, and therefore endangering, the integrity of the preforms.